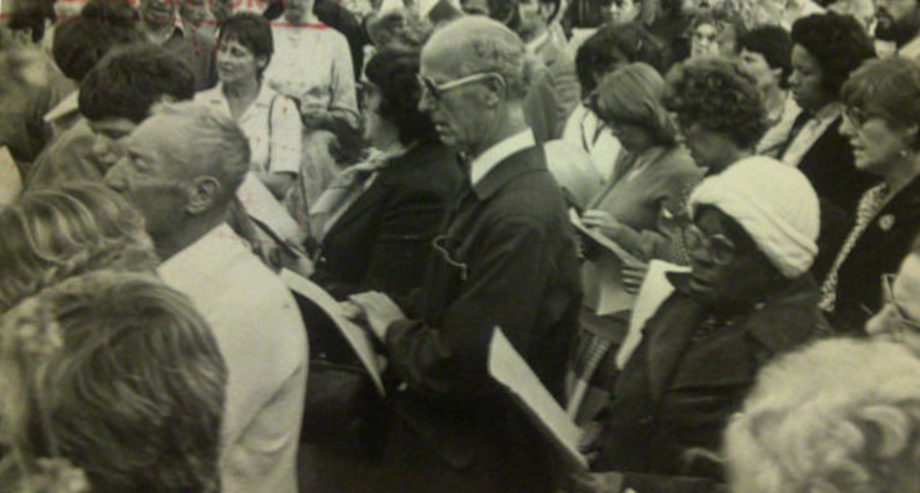 The Old Rose and Crown was donated to a charitable company incorporated in June 1909.

St Augustine's church was bombed in 1940 and not rebuilt.

Outside the hopping season of September Little Hoppers Hospital was used as a holiday home. The mechanization of gathering hops brought hopping to an end. The last entry in the hospital register (now in the Whitechapel archives) was dated 1953. The building was very little used in the 1960's and 70's. During this period the trustees obtained Charity Commission permission to sell the property but owing to the restrictions imposed by it being a listed building the buyer withdrew.

St Augustine's parish was merged into that of St Dunstan, Stepney and it was the Rector Norrie McCurry who had the idea of renovating it to be a place that churches could use at weekends.

The renovations were completed in 1981 and the renamed 'Hoppers' was 'reopened' with a ceremony. Pictures of that period are in a display book at Hoppers. All the correspondence for that year and every year since are in an old trunk under the stairs in the main lounge for anyone who wishes to delve.

The Memorial building was destroyed by fire in the 1970's and a new building called 'The Cottage' was erected on the site in 1985. This brought the number of beds up to 20. The cost was met by The Whan Cross Fund as Hoppers was considered to be providing conference facilities for the London Diocese. There is a photograph of Bill Flory inspecting the building. He had looked after the Vicarages of London for many years, was a trustee of The Red House and lived by Bewl Water.

Improved living standards in the 90's brought demands for more amenities. Funds from Whan Cross were again used in 1996 to convert the old hospital ward into a modern kitchen and dining room. Bathrooms were then installed upstairs in the old house.There had been a chapel in the memorial Building and so one of the rooms in the old house was designated as The Chapel in recognition of the spiritual heart of the Hoppers Family. Richard Chartres, the Bishop of London, who had previously been Bishop of Stepney donated an icon "Christ Pantocrator" to the new Chapel.